Again, I must thank you for your efforts in promoting the humane treatment of our horses and their training. All horsemen can only hope that you will continue to further advocate the beauty of our dressage sport.

What a splendid comparison, Frau Pochammer gave us with the old and new cars and the old and new way of riding. In the past we considered the horse to be our partner, and only a classical education would lead to the highest level of performance. One had to work with horses bread for multiple equestrian disciplines.

Today riders can sit on quality dressage horses that we could only have dreamed of. In my second book, I write that on must be very grateful to our breeders for what classical horses are now available for our riders. Unfortunately, these high-bred horses with their indescribable movements are daily ridden over their limits, until they resist this treatment and can only be controlled with extreme force. This is called “Genius and devil,” these horses are so afraid that they can hardly walk or stand still long enough for the rider to greet the judges.

Why isn’t the halt removed from the dressage test? Just like Martin Schaudt wishes that the walk is taken out of the Grand Prix. Why not just let the rider show only what his horse does best?

Where will our top representatives like Davis Hunt, chairman of the International Dressage trainers-club and Mariette Wighages, chairwoman of the FEI Dressage committee lead us, if they believe that a training system must be good as long as it brings the best results. Regardless of how much the horse has to suffer. And when I have to read, that a Global Dressage Forum the present discussion regarding the so-called “Rollkur” is regarded as backwards by Fr. MW, and requested spectators to shut up right from the beginning, I got frightened. This would not be possible in North America. Are we again in a dictatorship where only the leadership controls the way, even if the way leads our horses and the classical dressage into the abyss? 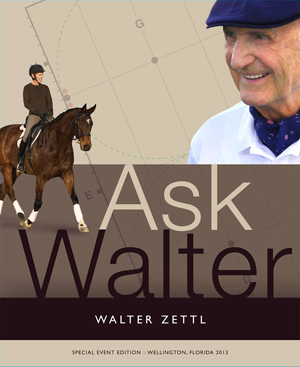 Wellington, FL (February 13, 2014) – Talk about hospitality with a dash of horse sense: Premier Equestrian is providing a complimentary copy of the book, Ask Walter, by German Federation Gold Riding Medalist and classical dressage author, Walter Zettl, in each and every rider’s goodie bucket distributed during Nations Cup week, February 19-23, at the Adequan Global Dressage Festival (AGDF) at the Palm Beach International Equestrian Center.

The man affectionately known in the dressage world as WAZ is a four-time author who has gained a strong legion of Wellington fans, thanks to the enthusiastic support of Zorn and Premier Equestrian, who were also responsible for distributing personalized, advance copies of Zettl’s book on classical dressage during last February’s USDF-accredited Dressage Summit.

END_OF_DOCUMENT_TOKEN_TO_BE_REPLACED 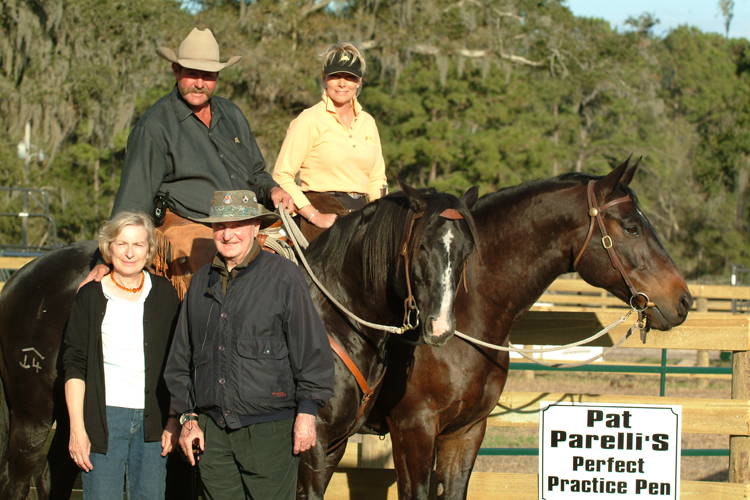 Wellington, FL (January 22, 2013) – When the 2010 World Equestrian Games entrusted its arenas to Premier Equestrian, LLC, it knew it was working with a company that respected the priority dressage puts on foundation work. Which is why the Sandy, Utah-based source for more than 1,000 high quality yet affordable equestrian products, including dressage arenas, will host dressage master, author, German Federation Gold Riding Medalist, Olympic Three-Day eventing coach, and Toronto CADORA Association Hall of Famer, Walter A. Zettl, known and quoted the world over as ‘WAZ.’

Premier Equestrian and Zettl, who released Dressage in Harmony in 1998, and The Circle of Trust in 2007, will introduce riders and readers to his third opus on classical dressage, Ask Walter.  The book will officially debut in May, but the first 200 advance orders will be signed by Zettl, who will be on hand to meet fans and sign autographs during the USDF-accredited 2013 Dressage Summit, February 9-11, at The Stadium at Palm Beach International Equestrian Center in Wellington, FL.

In Ask Walter, Zettl says, “I would like to address all riders, not just dressage riders. We need people thinking about classical training not only for the longevity of the sport but for the well-being of our horses. My goal is to inspire the horse’s confidence in the rider while developing its natural athletic ability. One should only ask as much from ahorse as is exhibited in turnout or play, when he shows off like a great stallion.  These movements are natural and the horse enjoys doing them.  Movements in horse play are exercises in our tests.  For me, this is Classical Dressage.” Joining Zettl at the Summit’s groundbreaking collaboration between dressage masters and top horsemen are Charles de Kunffy, Christoph Hess and Linda Parelli, who will apply fundamental principles of classical dressage to every level of the sport while respecting the dignity of horse and human.

Wellington, known as the sport horse mecca of the United States, offers world-class show jumping and dressage CDI’s within minutes of the Dressage Summit, as well as pristine beaches, international polo, golf, shopping, fine dining and posh Palm Beach within a 15-mile radius.  Dressage Summit sponsors Premier Equestrian, Dressage Today, and U.S. Dressage Federation will ensure attendees three days of elegant, exciting education.Three-day tickets for the 2013 Dressage Summit are only $195, and one-day tickets are $95.  Limited VIP tickets are available for $395 and include catered food, complementary beer and wine, and a chance to mingle with Summit celebrities. For information or tickets visit www.dressagesummit.com or call 1-(855) 727-3554.