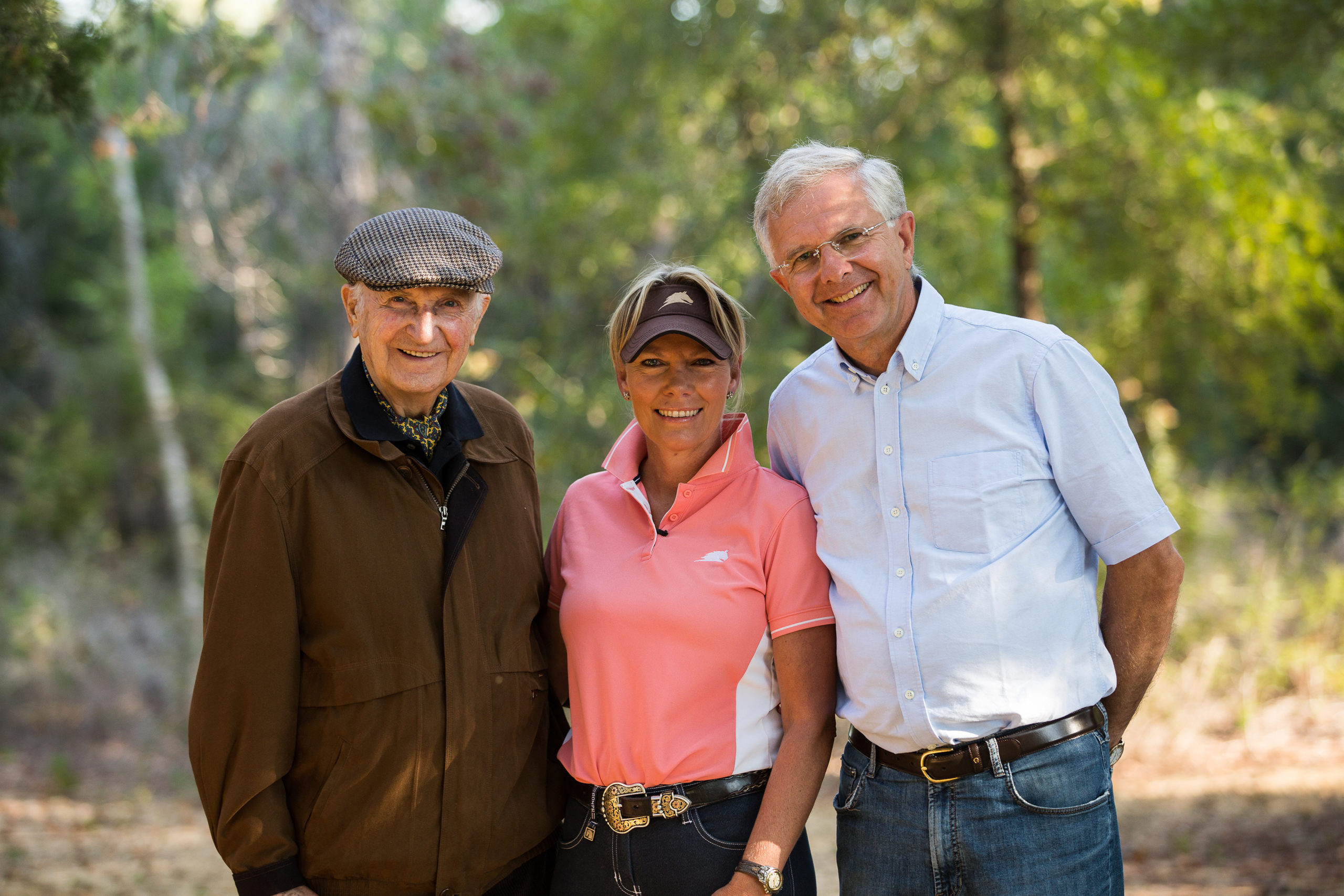 Sandy, Utah (October 23, 2014) – Linda Parelli anticipated reading the book her friend Mark Neihart— CEO of Premier Equestrian— had written. She knew in its pages would be Neihart’s love for the unique bond between humans and horses. What surprised Parelli was to find Neihart had also created a mystical and intriguing story line built around that bond. “The Horse Angels is… a fabulous ride that captures wholeheartedly the unexplainable, magical passion we have for our blessed horses,” Parelli wrote in the foreword published in Neihart’s book.

Parelli was honored that Neihart asked her to write the foreword to The Horse Angels. “I have known Mark and his wife Heidi for about ten years now. We met through the dressage master, Walter Zettl. Over the years our friendship grew; Mark told me about the book he was writing. Once it was finished he asked if I would write the foreword. Of course I said yes!  My thoughts about the book and its values are in the foreword itself,” Parelli explains.

It was ten years before Neihart published The Horse Angels that he and his wife Heidi met Linda Parelli. The three quickly found they shared similar equestrian philosophies. “I love how passionate Mark and Heidi are about spreading the message of thoughtful equine training and the ethical, loving treatment of horses.” Parelli said.

It’s no surprise that Linda Parelli— co-creator of Parelli Natural Horsemanship— was an immediate fan of Neihart’s The Horse Angels. The book applauds gentle, subtle communication with horses, as does Parelli Natural Horsemanship. Neihart’s book tells the fictional story of Anne Harper, a news reporter investigating a mystery involving a small herd of wild horses. The Horse Angels touches on drama, romance, and intriguing secrets while focusing on the overall theme of the relationship between people and horses.

Neihart gives credit to Linda and her husband Pat Parelli for strengthening his beliefs on ethical horsemanship. “They showed me how respect for the horse and seeing things from his point of view is the basis of all good training.” Neihart says.

Neihart and his company Premier Equestrian live out this philosophy continuously through their work. “Premier Equestrian was built around our primary passion for loving, training, and riding our horses,” says Neihart. “Every product we sell is measured against this passion for safety, practicality, and the well-being of the horse.” Premier Equestrian manufactures high-quality products such as horse jumps, dressage arenas, arena footing, and barn and trailer accessories.

To learn more about Premier Equestrian, CEO Mark Neihart, and his book The Horse Angels, visit www.PremierEquestrian.com or call 800-611-6109.